It's no secret that I love the Mass Effect games. This post is about the first Mass Effect game. Everything plays fine until playing the Noveria Peak 15 mission. After driving to the main facility, you exit the Mako, and proceed towards the doorway. Right before entering the building, though, the realistic character models are replaced with a mass of jet-black blocks. 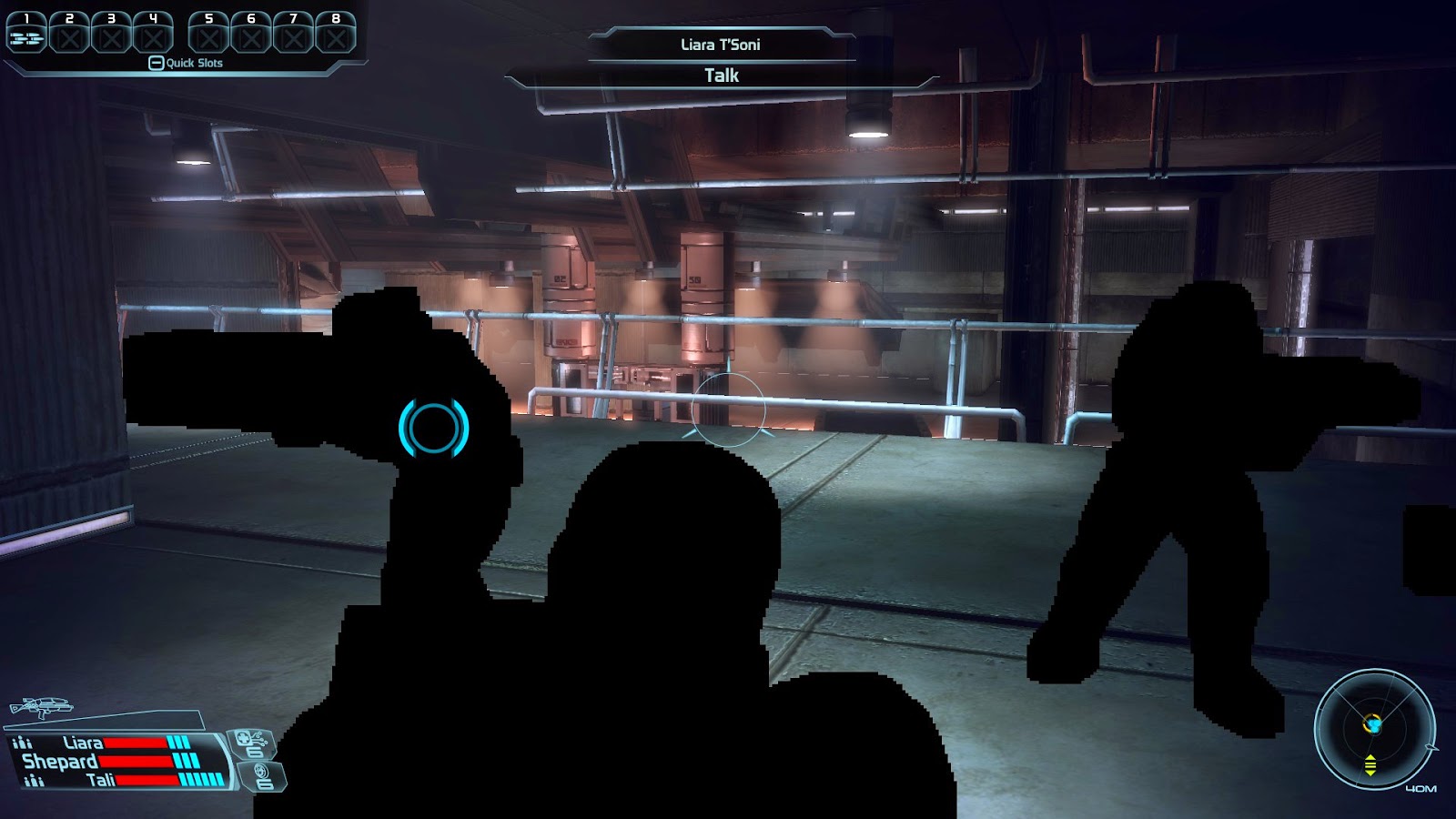 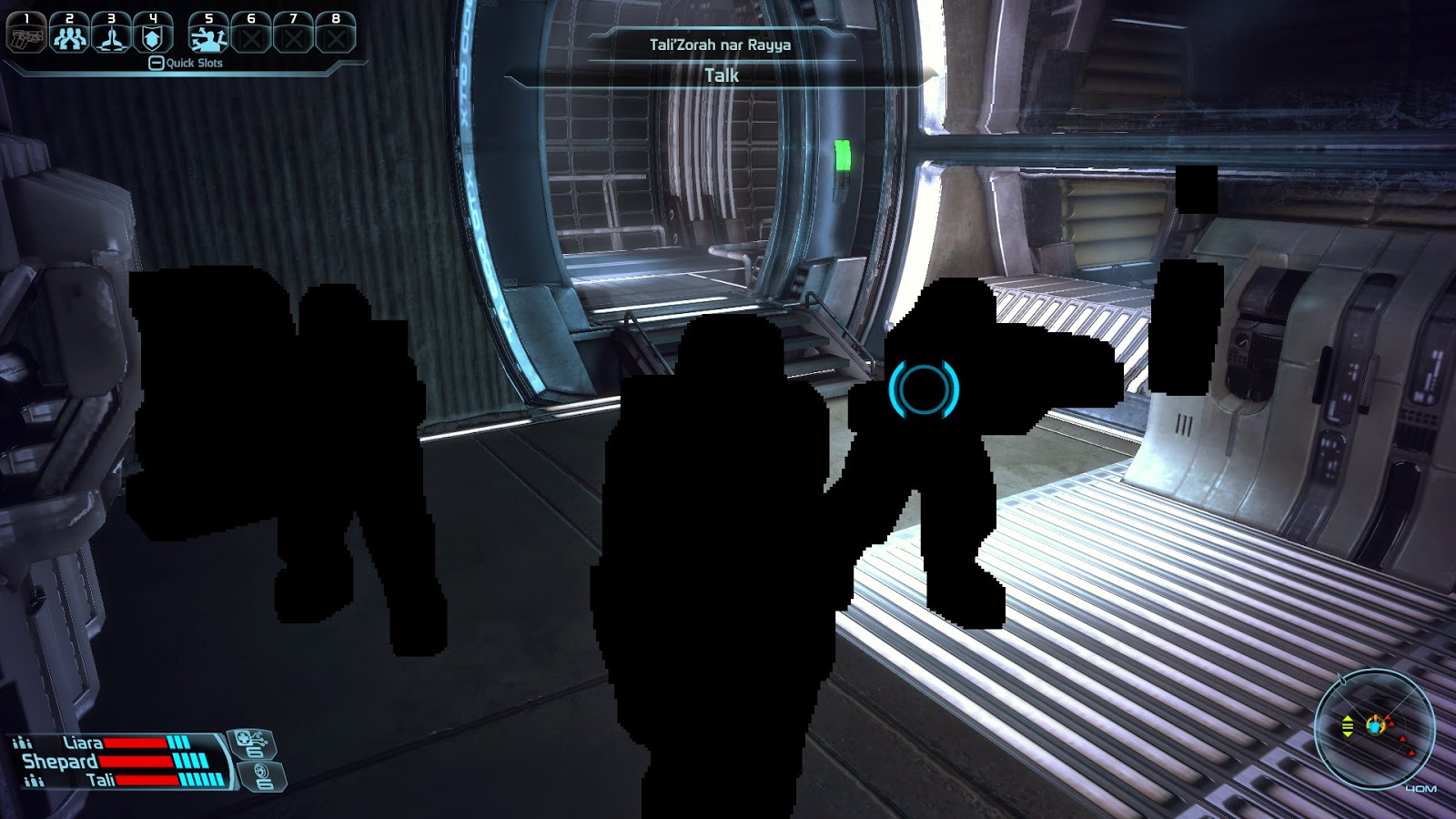 A bug, obviously. Right?
Not quite. This is a problem that only affects people playing on AMD Steamroller-based CPUs. This will be any FX CPUs and any Trinity, Richland, Kaveri, or Godavari APUs. Something about the way the Steamroller CPU cores read 3D architecture instructions (if you're playing on Phenom or earlier AMD CPUs, this problem will not occur). Generally, if playing on a recent AMD CPu, expect this to happen. Intel and console users should be fine (Mass Effect has not yet been released for XB1 or PS4).

Anyway, on to the solution.

Until the game is patched, there really isn't an outright solution. There is a work-around that makes the segment playable. Here is how to do it.

First, enable the console in Mass Effect.
1. Find your BIOInput.ini configuration file in the  BioWare Mass Effect folder. This is NOT the folder the game is installed to; usually it is in your Documents folder. In my case, it is C: > Users > [Username] > My Documents > BioWare > Mass Effect > Config.
2. Back up BIOInput.ini by copying the file to a safe place. I usually make a folder in the Config folder, call it something like "Original Files", and place the copy in there.
3. Open BIOInput.ini in Notepad.
4. Find the line that says "[Engine.Console]" (the phrase within quotes)
5. Place the cursor at the end of that line, and hit Enter, creating a new line.
6. Enter the text, "ConsoleKey=Tilde"
The text of your file with the newly inserted line should look like something like this (sans the fifteen "History" lines, because I have used this work-around quite a bit): 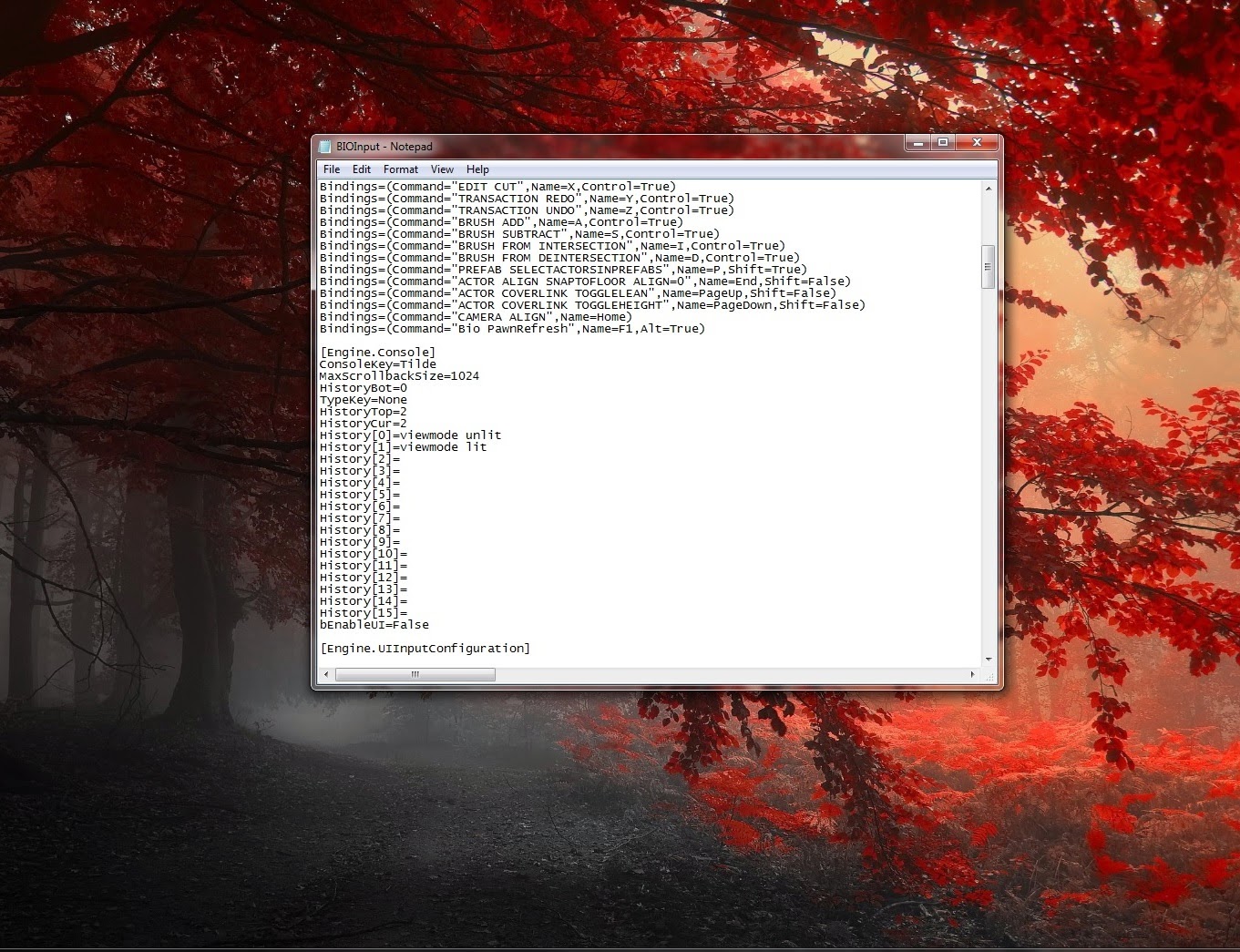 7. Save and close BIOInput.ini.
The console is now enabled.

When you get to the Peak 15 mission, the blocky player textures will appear. When they do, bring up the console by hitting the ~ (tilde) key (be sure you're not in combat!).
Type the words "viewmode unlit". This removes ALL shading effects. The screen now looks overly bright and the colors look washed out - but the blocky pixelated player models have disappeared. It's not ideal, but it is better than trying to play through the entire section with non-existent character models. Hit the tilde key to close the console, and continue playing.
The problem only persists until after you take the tram to Peak 15. Once you arrive and step off the tram, open the console again, type "viewmode lit" and close the console. Sometimes the textures won't re-load. If that is the case, quick-save (F6), and exit to the Main Menu (no need to exit the game). Load the Quick-save you just created, and everything should load with all textures, lighting effects and character models.

I recorded a video of the solution in action. See it here.

This blocky character model problem will happen one more time, on Ilos. Follow the same procedure as for the Peak 15 mission. Unfortunately the problem persists for the entire Ilos mission, only ending when you return to the Citadel. And yes, the textures may not re-load automatically, requiring a quick-save / reload like I just described.

Why hasn't EA patched the game? Who knows. While I find myself defending EA on a number of issues, there really isn't any excuse for this. Hopefully, if / when they come out with a remastered edition of the trilogy, they will patch it so this problem no longer occurs. For now, though, this is the best solution for AMD Steamroller users.
Posted by Abedsbrother at 11:15 PM